I was born in London in 1983, to liberal-minded Pakistani parents.  Apart from a one-year stint in Glasgow during the late Eighties, I have always lived here. 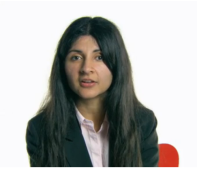 I was born in London in 1983, to liberal-minded Pakistani parents.  Apart from a one-year stint in Glasgow during the late Eighties, I have always lived here.  I studied Law at the LSE, specialising in human rights, and worked for a variety of human rights organisations before I started at British Muslims for Secular Democracy as its Director in May 2009 (and have been the sole employee for much of that time).  On top of this, I am a freelance consultant for English PEN’s “Faith and Free Speech in Schools” project, a trustee of anti-fascist organisation Hope Not Hate, an advisory board member of the Measuring Anti-Muslim Attacks project, a committee member of the Inclusive Mosque Initiative, and a judge of the Accord Coalition’s Inclusive Schools Award 2014.  I am also the Executive Producer of “My Secret Heart,” a ground-breaking documentary about Muslim women who marry non-Muslim men in the UK.

I was shortlisted for Cosmopolitan Magazine’s “Ultimate Women of the Year Awards 2011” in the “Campaigner” category for my work.   I also won an “Outstanding Achievement” Award at the Syeda Fatima Interfaith Conference at the House of Lords in June 2012, and was honoured to be named as one of the BBC’s “100 Women” in October 2013.  I am currently on sabbatical from BMSD, doing a fellowship at Cambridge University.

“The company of a good-natured wrong-doer is better for me than that of a bad-natured worshipper.”

This has held so true throughout my life (although I wouldn’t describe the former position as that of a “wrong-doer”).  It is one of the reasons why I think bridge-building between different communities is so important.  It’s pretty clear that I’d have more in common with someone who is not strict about religious observance – yet happens to be pro-women’s and LGBT rights, and anti-sectarian – than an individual who claims to be uber-pious and holds the opposite of these positions.

1. What is your favorite book?
The Kite Runner, by Khaled Hossaini.

2. Who inspires/inspired you?
Shirin Ebadi, Iranian Nobel Laureate and human rights lawyer.  I was fortunate enough to hear her speak in person at the “Women’s Forum for Economy and Society” in Deauville in 2011.

3. What is the best lesson your mother/mother figure taught you?
“Look at the stallions racing in front of you, not the donkeys behind you.”

4. What advice would you give your 13 year old self?
To meet more people and do more activities outside school, and take my mind off some very unhappy situations.

5. What are your hopes for your daughter(s)?
If we ever have one, that she always speaks out for truth and justice in a rigorous yet dignified way, no matter how fiendish or Herculean the oppressor seems to be, or how intractable the problem is.  Also that she has a strong work ethic.

6. What is the biggest trial you went through in your life and how has that changed you?
Childhood bullying throughout primary and secondary school.  It only stopped when I started sixth-form college at 16, and I really came into my own there.  It made me even more determined to be a success, although I don’t necessarily have a thicker skin because of it (which is a shame, because this would help in my current role).

7. Any regrets? What’s something that you wish you’d thought about more before you did it?
I wish I had given less of my time and help to undeserving and ungrateful people, particularly those on the Web.  When I get a chance to meet people in person, I always follow my instinct, which is very strong.

8. How do you stay grounded in your work and/or spiritually grounded?
I have a strong support network around me, and take part in spiritual practices from time to time, but I am more of a doer than a thinker or pure spiritualist.  I find that social action tasks, such as baking for and serving homeless people, keep me grounded, as well as cooking full-stop!

9. How do you bring about real change?
Build strong working relationships both at home and abroad, persist in different advocacy methods on all the issues you care about and keep ramming the key messages home.  Use your influence wisely.  Try and keep people united for a cause as long as they have roughly the same goals – they don’t need to agree on everything 100%, but they do need to have integrity and a code of ethics.

10. What do you hope to be remembered for?
How I made people feel.

Always try to pick a career that helps you work towards the greater good: challenging oppression from wherever it emanates, helping people get through rough patches in their lives, putting yourself in other people’s shoes when advancing equality and human rights. Don’t let identity politics blind you throughout any of this.