The ideal Muslimah…
is not perfect. 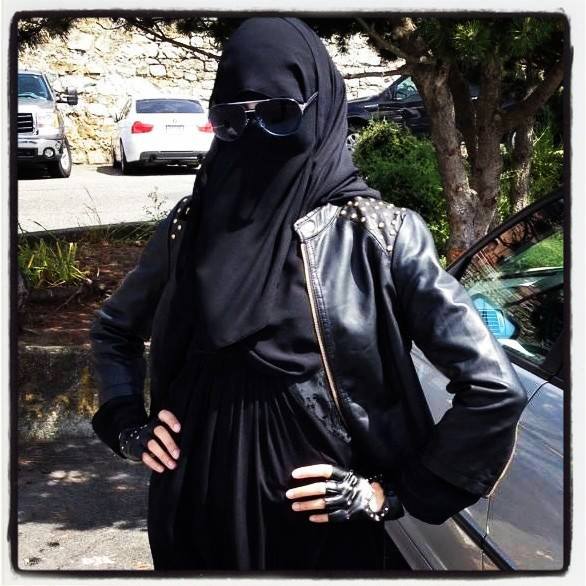 The ideal Muslimah… is not afraid to have her own personality, whether she is as wise as Khadijah, passionate as A’ishah, fierce as Hind, noble as Zaynab, or demure as Maymunah.

The ideal Muslimah… follows the sunnah of Khadijah and uses her financial savvy to benefit the Ummah… and doesn’t allow others to tell her that she’ll never get a man that way.

The ideal Muslimah… is loved, valued, and married for her taqwa and beauty of character, not some shallow, arbitrary cultural standards of physical beauty.

The ideal Muslimah… is not a doormat. She has the wisdom of Umm Salamah, the audacity of A’ishah, the intelligence of Hafsa, the ego of Zaynab, and the humour of Sauda.

The ideal Muslimah… is someone who may never have children, like A’ishah; someone who may have numerous daughters but no sons, like Khadijah; someone who has children from a previous marriage, like Umm Salamah. Her worth as a human, as a believer, does not lie in her fertility.

The ideal Muslimah… has the courage of Zaynab bint Ali when she fights for what she believes in and faces down oppression, even if it comes from fellow Muslims.

The ideal Muslimah… does not allow her intelligence to be belittled or disrespected, for Allah created her to be of those who think.
{ And He has subjected to you whatever is in the heavens and whatever is on the earth – all from Him. Indeed in that are signs for a people who give thought.} (Qur’an 45:13)

The ideal Muslimah… is not kept locked away or helpless. She is a vibrant, contributing part of the Ummah and doesn’t let anyone tell her otherwise – because Allah told her so.
{The believing men and believing women are allies of one another. They enjoin what is right and forbid what is wrong and establish prayer and give zakah and obey Allah and His Messenger. Those – Allah will have mercy upon them. Indeed, Allah is Exalted in Might and Wise.} (Qur’an 9:71)

The ideal Muslimah… is not perfect.
Prophet Muhammad (peace be upon him) said: “I swear by Him in whose hand is my soul, if you were a people who did not commit sin, Allah would take you away and replace you with a people who would sin and then seek Allah’s forgiveness so He could forgive them.” [Sahīh Muslim (2687)]

The ideal Muslimah… makes mistakes and knows it, but loves her Lord and repents to Him constantly.
{Indeed, Allah loves those who are constantly repentant and loves those who purify themselves.} (Qur’an 2:222)

The ideal Muslimah… is beloved to Allah, Who promised her paradise.