I’m a debut author, a proud mother, a recovering attorney, and a Muslim feminist. 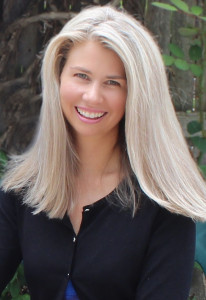 I’m a debut author, a proud mother, a recovering attorney, and a Muslim feminist.

I grew up in Iowa, the daughter of a teacher and a doctor. Even though I was in a hurry to leave the state —heading east both to Smith College and Georgetown Law School—I feel like I have a very Midwestern sensibility about me. I am still surprised by meanness. I’m still the kind of person who’s going to bring you cookies when you move in next door.

I think I knew early on that I wanted to be a writer, but I lacked the guts. By that I don’t mean the courage to put my work out there—I’d been told by enough teachers that I had talent—but I was a Gen Xer. My feminism was informed by Susan Faludi’s Backlash and episodes of “L.A. Law.” I felt like I needed to be wearing a suit to matter. I opened my acceptance letter from Georgetown Law in front of the president of Smith College, who happened to be in our dining hall for lunch that day. I remember being ridiculously proud when she shook my hand. I felt as though I’d done well by her, and by Smith.
I graduated from law school and worked as a lawyer, first in New York City and then in Michigan. I met and married a Pakistani American man who happened to be Muslim. I converted, which is to say I began the struggle to be a feminist and a Muslim, which is not so hard in theory, but often rather difficult in practice. Of course, I’d had plenty of experience with struggles around gender and religion as a Catholic feminist prior to my conversion. I’m at a place now where I find value in the struggle. If it seems like I’m working hard to remain within my faith, I probably am, and maybe that’s not a bad thing.

I took time off with my kids when they were little and instead of taking the bar exam where we live now, I decided to pursue writing. Getting Painted Hands published—this novel that says what I want to say about being a Muslim woman in a post-9/11 America—is something I’m incredibly proud of. I’ve also had essays published in The Rumpus and The Huffington Post, and on the Love, InshAllah, The Secret Love Lives of Muslim Women website. It all has about it the feeling of a dream realized, and I’m so grateful for the opportunities.

“You’re still alive, she said
Oh, and do I deserve to be
Is that the question
And if so…if so…who answers…who answers”

This quote is from the Pearl Jam song, “Alive.” There are lots of quotes like this from various writers and public figures—e.e. cummings, Ralph Waldo Emerson, even Steve Jobs—words of wisdom about being yourself in a world that will try every way possible to get you to be someone else. But I chose the song verse because I’m probably the biggest (only?) Muslim feminist Pearl Jam fan, and because it’s so raw and direct and plaintive: What happens when we ask if we deserve to be here and what happens if we give the decision making power to someone else? By “being here,” I don’t mean just literally (although there is that) but also to be fully ourselves, to live authentic lives, to not look to others for permission or approval. This song became like an anthem for me during a pretty difficult period. It serves as a gritty reminder that we’ve got to be really vigilant about living our lives on our own terms, that we’ve got to find our center and hold it.

I hold this passage dear because it reflects the radical idea that men and women are equal in God’s eyes. I say radical because religious texts have not always specifically addressed women, and the repetition here seems so purposeful—to make it abundantly clear that men and women are held to the same moral standards and that their good intentions and deeds are valued equally.

Unfortunately, many non-Muslims think of Islam as “other” and don’t realize that it is part of the same prophetic tradition as Judaism and Christianity, and encompasses similar teachings. This hadith is simple and beautiful and aspirational, reflecting the loving spirit that a believer in Islam should have.

1. What is your favorite book?
I think for most avid readers, it’s hard to pick just one. Some of my very favorites are The Color Purple by Alice Walker, Elegies for the Brokenhearted by Christie Hodgen, and Mudbound by Hillary Jordan. These are stories about the ways we both do and do not survive racial, sexual, and economic oppression, and are all so brilliantly and beautifully written.

2. Who inspires/inspired you?
I find Nigerian writer Chimamanda Ngozi Adichie and especially, her TED talk, “The Danger of a Single Story” breathtakingly inspirational. In that talk, she makes the most eloquent case I’ve ever heard that people, especially those from non-majority groups, have the right to tell their own stories, and that great harm and misunderstanding result when they do not. As Muslim women, we’ve had so many inaccurate and damaging stories told about us, and we need to reclaim this power.

3. What is the best lesson your mother/mother figure taught you?
There are parents who seem incapable of understanding that their children grow up to be complete individuals with thoughts and opinions of their own. My mother taught me the beauty of unconditional parental love. Her affection has never been dependent on my choices or opinions, and does not waiver just because I don’t always think exactly like she does.

4. What advice would you give your 13 year old self?
My 13-year-old self was a hot mess, worried about being popular, feeling awkward about being in advanced classes, sometimes pretending not to be smart because it wasn’t “cool.” I’d tell her to stop worrying about what people think, that she’s going to be really glad for that brain, and that when she grows up, she’s not going to give a second thought to the people she was trying to impress at that time.

5. What are your hopes for your daughter(s)?
In the dedication to my novel, I say that even though she’s a Muslim in America, my daughter believes she can be anything. even president of this country. My hope is that in her lifetime, that first “even though” gets erased. That it’s not such a big deal that a Muslim girl might grow up to be president, and I mean that both in terms of gender and religion.

6. What is the biggest trial you went through in your life and how has that changed you?
My maternal grandparents died within very close proximity to each other. I like to think that’s because it was their time, and because they couldn’t bear to be without each other, but I lost so much with their passing. They loved me so completely, and to be in a world without them is to move through life with an ever-present sense of homesickness.

7. Any regrets? What’s something that you wish you’d thought about more before you did it?
Just before I was about to convert to Islam, I asked the imam about Surah 4:34. He justified the interpretation of this as “to beat,” saying that in some parts of the world women are like children. I converted then and there anyway because my husband-to-be’s family was with us, but I wish I’d said nope, sorry, something as important as my conversion is not going to happen in the context of that.

8. How do you stay grounded in your work and/or spiritually grounded?
This is a struggle for me. It’s sounds like a cliché, but I think it’s about remembering what’s most important, and for me that’s my children. My youngest son and I say to each other, “As long as I have you,” with the unstated part being “everything will be okay,” and it really does help.

9. How do you bring about real change?
As a writer, I think it begins with well-told and compelling stories that have the power to change hearts and minds. This is why I’m constantly advocating for more Muslims to become novelists and filmmakers and playwrights. The storytelling arts haven’t been as valued in our community, at least from what I’ve seen, and I think that needs to change.

10. What do you hope to be remembered for?
For being a good mother who nurtured her children at home, and worked to make the world a better, safer place for them.