My job is to work with Hollywood creatives and decision makers to tell more accurate, nuanced and complex stories about Islam and Muslims. 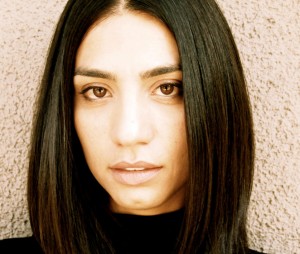 I was born in Long Beach, California and raised not too far from there in Artesia. A fun fact about Artesia, it is statistically one of the most ethnically diverse cities in the country — The older I get the more I realize how much growing up in such a diverse environment has shaped my worldview.

My parents both come from a town in Egypt called Maha El Kubra. It’s one of the textile manufacturing towns and it’s surrounded by farm land. Most of my family still lives in Egypt although I have a bunch of cousins who are now scattered all over Europe and the Emirates. I also have an uncle and some cousins in Pennsylvania, who I don’t get to see as often as I’d like.

I should probably also mention that I have an older and younger brother, both married. And I have three amazing nephews who are the joy of my life.

I went to undergrad at USC and law school at Howard University in Washington D.C. I’d always been into arts and entertainment and focused on entertainment law in school… Well, that and International law. I moved up to New York to pursue a career in entertainment law and realized that for me practicing it was not as fun as studying it. I moved back to L.A. to think long and hard about my next move.

After a few months back in L.A. I decided to take some of the money that I’d saved up and find an acting school. My secret desire from early childhood was to act. It’s funny how that never went away and just got stronger and stronger inside of me until I couldn’t ignore it anymore. Going to school for it was a big and brave step for me.

Serendipitously while I was re-settling here in the LA Muslim community I was approached by the Muslim Public Affairs Council to help them revamp their Hollywood Bureau.

It’s been four years now that I’ve been working as the Hollywood Liaison for MPAC. My job is to work with Hollywood creatives and decision makers to tell more accurate, nuanced and complex stories about Islam and Muslims.

The acting was put on hold for a while, but I’m happy to say that in the last year or so, I’ve been picking it back up. I did a few fun video projects and a wonderful play called Haram, based on the poetry of my Mentor, Dr. Maher Hathout and I have a couple of projects coming down the pipeline.

It might be cliche to quote Rumi, but he has this line of poetry that resonates so deeply with me and I keep it as a tool, especially when I’m interacting with people,in contentious situations. He says,

“Sell your cleverness and buy bewilderment.”

I love this quote because it’s so humbling and grounding, especially in the age of twitter when we are constantly trying to outsmart one another with our clever wit. Wit is so corny to me… Awe is really where it’s at, to be in a constant state awe of your Creator and of the gifts that He’s placed at your feet. I think that’s where the magic is. Anyone can be clever, but to remain in a state of constant humility… That’s my personal goal, that’s what I want to get to.

What Ayahs of the Quran do you hold close to your heart? Why?
All of Surah Ar- Rahman (55) and specifically the central question of that Surah: So which of the favors of your Lord would you deny?
It is the ultimate reminder in the Quran to remain grateful and to literally count our blessings.

I find myself using Musa’s prayer from Surah Ta-Ha (20: 25-28): O my Lord! Open for me my chest; Ease my task for me; And remove the impediment from my speech, so they may understand what I say.

This is a prayer for confidence and I love it especially when I’m giving a talk or performance because my hope is always that I can get past my own fears/ego and just allow my heart to connect and communicate properly with others, the message that needs to be communicated in that moment.

I am also deeply comforted by these verses in Surah Al- Anfal (8: 9-10): Thus you prayed to your Lord for help, so He responded to you: “I am sending to your aid a thousand angels following one another.” God made it a message of hope for you so that your hearts would be at rest. Victory comes only with the help of God. Truly, God is Almighty, Wise.

It’s nice to be reminded that there are angels amongst us gently assisting us.

While walking with the Prophet (May peace and blessings be upon Him and His family), that old women noticed that he had a bright smile and humble face. And she also noticed that His smelled pleasant. She was very impressed.

I love this story because it’s good for Muslims to be reminded and for Non-Muslims to hear. Muslims need to be reminded that your character is truly your best advocate. The Prophet Muhammad had excellent character and was sent to remind us to perfect our own character.

I like to share this story with Non-Muslims because it counters the popular view that the Prophet was a harsh or unyielding man. He was the exact opposite (May peace and blessings be upon Him and His family).

1. What is your favorite book?
It’s a tie between Octavia Butler’s Kindred and Herman Hesse’s Siddhartha.

3. What is the best lesson your mother/mother figure taught you?
Like most mothers, my mother taught me so many valuable lessons. I think the single most important lesson she has taught me is to have an open heart towards all people. My mother is always won over by people who treat her with kindness and are trustworthy, no matter what they look like on the outside and she has passed that trait down to her children.

4. What advice would you give your 13 year old self?
It’s something Shams Tabrizi said. If someone would have nailed this message into me at 13 years old I think things might have been different, Maybe a little easier. He said,

“There is only one important point you must keep in your mind and let it be your guide. No matter what people call you, you are just who you are. Keep to this truth. You must ask yourself how is it you want to live your life. We live and we die, this is the truth that we can only face alone. No one can help us. So consider carefully, what prevents you from living the way you want to live your life?”

It took me a long to time to learn that my life was my own, I think that might be partly cultural and partly specific to me. I was a very shy and very sensitive young girl who just wanted to be loved and accepted. I was a bit of a people pleasure.

5. What are your hopes for your daughter and son?
My hope for my children, if I have children someday, inshaAllah, is that they know that they are enough and that they have a strong sense of self love and an even stronger sense of the need to serve others.

6. What is the biggest trial you went through in your life and how has that changed you?
I had chronic health issues for all of the my twenties and into my thirties. Every doctor who would diagnose me with a new “syndrome” or “disease” would tell me it’s stress induced. I had no idea how to deal with that because I am not a person who shows my stress outwardly, unless you really know me well.

Over the years my health deteriorated to a point where I could no longer ignore it. I had been seeking treatment from western doctors for many years to no avail. I finally turned to alternative/holistic medicine for help and I learned a few things about my health, which have revolutionized the way I see my body and my spirit. And have helped me get better and healthier.

I learned that the body the mind and the spirit are inextricably linked and I have to treat ALL OF IT well all the time. If I neglect one the others will suffer. Alhamdulillah life is good and I’m constantly learning balance in work, family and love.

7. Any regrets? What’s something that you wish you’d thought about more before you did it?
There is no one big thing that I regret. I will say though that I wasted so much time worrying about things, any and everything I could worry about, I would worry about it. It’s so much easier said than done, worrying seems normal for many people– it did to me.

But I find that my life flows so much better when I let go and leave matters out of my control with God. When I do the opposite, it has no positive result.

8. How do you stay grounded in your work and/or spiritually grounded?
For me the key to staying grounded is surrounding myself with good spiritually elevated people. The other thing I’ve learned is I have to remain vigilant about my spiritual health. It’s not always easy to be on top of it by yourself, which is why it’s nice when you have good people around you, who remind you of what’s important, and reflect good character… It’s inspiring.

9. How do you bring about real change?
his world is so troubled, I mean we are living in a time that is so tough for so many people and there is just so much suffering everywhere you look, subhanAllah.

The next step is orienting yourself to deal with people with that sense of compassion, forgiveness, mercy and love.

And I think once one is properly oriented with that lense then the real work can begin and that work requires so much patience.

I’ve observed that we grow impatient with the lack of change that we are seeing and the biggest shame is that sometimes it causes us to point fingers at one another (i.e. “you’re group/people/ are the reason things are not changing”), name call and accuse people of bad intentions.

This is what I know for sure. You can not effectively change the world in a positive way if you are not treating others with love and respect. That is very clear to me.

10. What do you hope to be remembered for?
I want people to remember me and know that I really loved them.